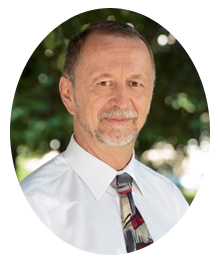 Abstract: In this lecture, we will overview results obtained in our institute over several years in the analysis, forecasting, and mining of information from time series using methods that predominantly have non-statistical character. We argue that our methods can be pretty successful in time series processing. In addition to that, they can also provide information that can hardly be obtained using statistical methods. Let us emphasize, however, that our goal is not to beat statistical methods but rather to extend the power of time series processing methods and benefit from the mutual synergy.
We will present special techniques of fuzzy modeling suitable for applications in time series processing, namely the Fuzzy Transform (F-transform) and selected methods of Fuzzy Natural Logic (FNL). The F-transform is applied especially to estimation of the trend or trend-cycle of time series, and also to estimation of the slope of time series over an imprecisely specified area. These results are then applied in the methods of FNL using which we are able to forecast the time series, provide explanation of the forecast in natural language and also provide comments to the slope of time series and detect possible structural breaks in it. Other applications of our methods include: reduction of the dimensionality, detection of ``bull and bear'' phases of financial time series, measures of similarity between time series, automatic summarization of knowledge about time series, detection of perceptional important points, and a few other ones.


Biography: Prof. Vilem Novak, Ph.D., DSc. is founder and former director of the Institute for Research and Applications of Fuzzy Modeling of the University of Ostrava, Czech Republic. The institute (established in 1996) is one of the world-renowned scientific workplaces that significantly contributed to the theory and applications of fuzzy modeling.
V. Novak obtained a PhD in mathematical logic at Charles University, Prague in 1988; DSc. (Doctor of Sciences) in computer science in the Polish Academy of Sciences, Warsaw in 1995; full professor at Masaryk University, Brno in 2001. His research activities include mathematical fuzzy logic, approximate reasoning, mathematical modeling of linguistic semantics, fuzzy control, analysis and forecasting of time series, and various kinds of fuzzy modeling applications. He belongs among pioneers of the fuzzy set theory.
He was general chair of the VIIth IFSA' 97 World Congress, Prague and of the international conferences EUSFLAT 2007, Ostrava and EUSFLAT 2019, Prague. He is a member of editorial boards of several scientific journals. He is often invited to give plenary talks at international conferences and to give university lectures all over the world. He is the author or co-author of 5 scientific monographs, two edited monographs, and over 300 scientific papers with over 7000 citations. He was awarded in the International Conference FLINS 2010 in China and obtained the title "IFSA fellow" in 2017 for his scientific achievements. He is currently the vice-president of IFSA.