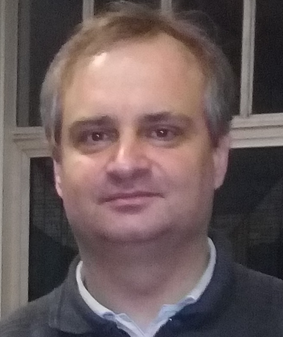 Abstract: Advanced technologies of Sensorics and Internet of Things enable realtime data analytics based on multiple sensors covering the target industrial production system and its manufacturing processes. The rolling bearings fault detection problem is one of the most urgent and could be solved using convolution neural networks and edge artificial intelligence (edge AI) devices. The limitations of the hardware platform must be taken into account to achieve maximum performance. In this paper, we analyze efficient CNN architecture for bearings fault detection that is able to process data in real-time on edge AI devices. We observe that the accuracy of CNN is unsatisfactory for practical use, and better accuracy is possible with increasing the number of bearings in the training dataset. The invited speech is prepared together with PhD students Valentin, Perminov and Vladislav Ermakov from PetrSU. The reported study was funded from Russian Fund for Basic Research according to Research Project No. 19-07-01027.


Biography: Dmitry Korzun received his B.Sc. (1997) and M.Sc. (1999) degrees in Applied Mathematics and Computer Science from the Petrozavodsk State University (PetrSU, Russia). He received a Ph.D. degree in Physics and Mathematics from the St.-Petersburg State University (Russia) in 2002. His educational activity started in 1997 at the Faculty of Mathematics of PetrSU (now Institute of Mathematics and Information Technology). He is an Adjunct Professor at Department of Computer Science of PetrSU (since 2003 and ongoing). He was a Visiting Research Scientist at the Helsinki Institute for Information Technology HIIT, Aalto University, Finland (2005-2014). In 2014-2016 he performed the duties of Vice-dean for Research at Faculty of Mathematics and Information Technology of PetrSU. Since 2014 he has acted as Leading Research Scientist at PetrSU, originating research and development activity within fundamental and applied research projects on emerging topics in ubiquitous computing, Internet technology, and Ambient Intelligence. Since 2019 he has been head of Data Mining Lab at PetrSU. Dmitry Korzun serves on technical program committees and editorial boards of 100+ of international conferences and journals. He is an author and co-author of 200+ research and educational publications. He has published several monographs in Springer and IGI Global. He is also Guest Editor of special issues in many international journals.