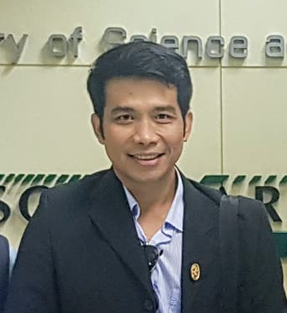 Abstract: After being introduced to approximate two-dimensional geographical surfaces in 1971, the multivariate radial basis functions (RBFs) have been receiving a great amount of attention from scientists and engineers. In 1987 the idea was extended into the construction of neural networks corresponding to the beginning of the era of artificial intelligence, forming what is now called ‘Radial Basis Function Neural Networks (RBFNs)’. Ever since, RBFNs have been developed and applied to a wide variety of problems; approximation, interpolation, classification, prediction, in nowadays science, engineering, and medicine. This also includes numerically solving partial differential equations (PDEs), another essential branch of RBFNs under the name of the ‘Meshfree/Meshless’ method. Amongst many, the so-called ‘Multiquadric (MQ)’ is known as one of the mostly-used forms of RBFs and yet only a couple of its versions have been extensively studied. This study aims to extend the idea toward more general forms of MQ. At the same time, the key factor playing a very crucial role for MQ called ‘shape parameter’ (where selecting a reliable one remains an open problem until now) is also under investigation. The scheme was applied to tackle the problem of function recovery as well as an approximation of its derivatives using six forms of MQ with two choices of the variable shape parameter. The numerical results obtained in this study shall provide useful information on selecting both a suitable form of MQ and a reliable choice of MQ-shape for further applications in general.


Biography: Sayan Kaennakham received his Ph.D. in Computational Fluid Dynamics from Coventry University, the United Kingdom in 2010 and has been working as a mathematics lecturer at the school of mathematics, Suranaree University of Technology, Thailand ever since. He was promoted academically as an Assistant Professor in 2014 and as an Associate Professor in Applied Mathematics later in 2019. His areas of research include numerical analysis, simulation of turbulence, fuzzy logic with applications, computational methods for engineering applications, and machine learning with neural networks. Over the past couple of years, he has won several research grants and has been working with great researchers. He always wishes and is always keen to establish new research collaborations in any related field.