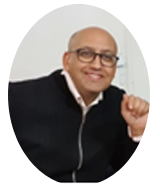 Abstract: This presentation proposes some methods of fault detection filter synthesis for a class of nonlinear systems. Observer-based LMI synthesis methods for T-S systems subjected to unknown inputs are presented. Subsequently, multi-objective synthesis problem is discussed in FDI framework. When we are interested in these problems in finite frequency domains (FFD), i.e. in frequency ranges of the fault and unknown perturbations known in advance and belonging to finite frequency bands, these classic techniques (in infinite frequency domains) become quite restrictive. Indeed, the problem of multiobjective synthesis in the finite frequency domain is addressed. In a fault diagnosis context, the generated residue must be as sensitive as possible to faults and as robust as possible against unknown perturbations by means of two finite frequency performance indices such as the H_ and H∞ indexes. Based on the Kalman-Yakubovich-Popov generalized lemma (GKYP) and the Lyapunov method, sufficient design conditions have been proposed in recent years. Despite these recent developments, and the use of polyquadratic Lyapunov functions, the multiobjective LMI synthesis conditions are only sufficient. Still open perspectives will be discussed.


Biography: Mohammed Chadli (Senior Member’99, IEEE) received the MScEng (DEA) from the Engineering School INSA-Lyon (1999), the PhD thesis in Automatic Control from the University of Lorraine (UL), CRAN-Nancy France in 2002 and his habilitation in 2011 at the University of Picardie Jules Verne (UPJV) Amiens, France. He was Lecturer and Assistant Professor at the UL “Institut National Polytechnique de Lorraine” (2000-2004). Since 2004, he was Associate Professor at the UPJV and currently Full Professor at the University Paris-Saclay, Univ Evry, IBISC Lab., France. He was a visiting professorship at the TUO-Ostrava (Czech Rep.), UiA (Norway), SMU-Shanghai (2014-2017), NUAA-Nanjing (2018, 2019) and the University of Naples Federico II (Italy).
Dr Chadli’s research interests include fuzzy/LPV and switched systems, singular systems, robust control, fault detection and isolation (FDI), fault tolerant control (FTC) via LMI, SOS and Lyapunov methods. On the application side he is mainly interested in automotive control and renewable energy. He is co-author of books and book chapters (Wiley, Springer, Hermes), and numerous articles published in international journals and conferences.
Dr. Chadli is a senior member of IEEE, an Editor/Associate Editor/Editorial Board Member of several international journals, including the IEEE Transactions on Fuzzy Systems, Automatica, the IET Control Theory and Applications, the Franklin Institute Journal, Asian Journal of Control … He is also Moderator for IEEE TechRxiv and was a Guest Editor for Special Issues in international journals.